ASST方法
Historically, in 1986, Grattan et al. [6] were the first to use ASST to differentiate autoimmune urticaria from chronic idiopathic urticaria. They injected intradermally 0.1 ml of autologous serum and normal saline as control in 12 patients of chronic idiopathic urticaria. The positive results were arbitrarily defined as formation of a wheal by serum within 2 h of injection that is at least 5 mm larger than that resulting from saline control and had a difference of 10 mm in the diameter of surrounding erythema. They observed positive responses in 7 patients within 30 min which attained their zenith in 90-120 min and remained positive for an average of 8 h. Subsequently, Sabroe et al. [7] standardized its methodology and defined the parameters which provide optimum sensitivity and specificity for detecting patients of chronic urticaria with autoantibodies [Table 1]. [4] There have been numerous modifications in the methodology and interpretation of ASST since then in various studies. O'Donnell et al. [8],[9] from their two separate studies interpreted positive ASST as the mean diameter of serum-induced wheal being at least 2 mm larger than that of saline-induced wheal at 30 min. Bakos and Hillander [10] used 0.1 ml instead of 0.05 ml each of serum, histamine and saline. Toubi et al. [11] also used 0.1 ml of sterile autologous serum and determined the wheal/flare size at 30 min and followed up for 60 min and graded the responsed from 0 to +3 of ASST by measuring wheal/flare diameter as 0 = negative control; +1 = wheal 1.5 mm > negative control, flare 15 mm; +2 = wheal 3-5 mm > negative control, flare > 15 mm; +3 = wheal 6-10 mm > negative control.

ASST注意事項
As ASST results tend to get modified with treatment, the patients should be off antihistamines for at least 2-3 days (long-acting antihistamine for 7 days) and doxepin for 2 weeks prior to the test to avoid false negative results. [7],[12],[13] Most studies also exclude patients taking corticosteroids or immunosuppressive agents during the foregoing 6 weeks to 3 months of ASST.[7],[14] In other words, the patient should have active disease at the time of ASST. However, the test is not performed over areas involved by wheals in the last 24 h. 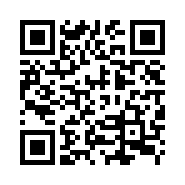