Hopkins and colleagues[1] examined response to syphilis therapy among 256 patients in Ireland; they reported 15.5% loss to follow-up and 22% "treatment failure."

The only method available to "prove" cure of syphilis depends on a 4-fold (2-dilution) reduction in the antibody response to a nontreponemal antigen (Venereal Disease Research Laboratory [VDRL], rapid plasma regain [RPR]). Failure of therapy or reinfection is suggested by stable or rising antibody titers; such patients are often re-treated. Repeat serologic testing and clinical exam in HIV-negative (normal hosts) persons are recommended 6 and 12 months after therapy. Use of the serologic response to prove cure is less than ideal because (1) host responses are highly variable; (2) failure and reinfection cannot be discriminated; (3) tests between labs may vary considerably; and (4) most tests are not done with paired serum, allowing variation within a lab. However, no other test for proof of cure of syphilis is available. With these criteria, a 20% failure rate is common, depending on the stage of syphilis disease being treated. 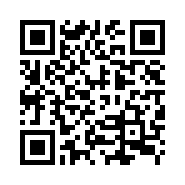