A major cause of neonatal morbidity and mortality in Lagos, Nigeria, is severe neonatal jaundice seen in G-6-PD deficient babies. The observation that the jaundice is more severe in outpatient than in inpatient babies suggests that its cause is exogenous. "Mentholated" powder which is commonly used in many clinics and at home to dress umbilical cords was suspected to be the offending agent. A controlled study of the effects of one of these powders was carried out on 60 consecutive G-6-PD deficient babies. In 30 of them the umbilical cords were dressed daily with the powder while the remaining half who were untreated served as controls. The treated babies developed statistically more significant jaundice than the controls. Inability of neonates to conjugate menthol in this power is probably responsible for the jaundice developed by these G-6-PD deficient babies. It is concluded that the use of menthol and/or camphor-containing commerical products on neonates be discontinued, especially in communities where the incidence of G-6-PD deficiency is high as the use of such products may be contributiing to the severity of neonatal jaundice. 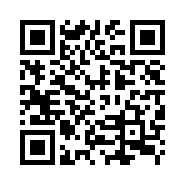