雖然以前都說女生避孕就好，但是
A small study of acitretin's effect in eight men showed no changes in sperm concentrations {65}. However, for male patients taking acitretin, it is not known whether residual acitretin in seminal fluid during treatment or after treatment has been discontinued poses a risk to a fetus. The maximum acitretin concentration observed in human seminal fluid from systemic use of acitretin or etretinate was 12.5 nanograms per mL, which would transfer approximately 125 nanograms of acitretin per 10 mL of ejaculate. Of the four reported cases with known fetal outcomes in pregnant women whose male partner took acitretin, one infant was normal, two spontaneous abortions occurred, and one fetus had bilateral cystic hygromas and multiple cardiopulmonary malformations. {72}

One study of dogs given doses of acitretin larger than 30 mg/kg per day for 1 year showed that a few of the dogs experienced spermatogenic arrest at 6 months of treatment, which improved by the end of the study 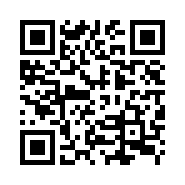